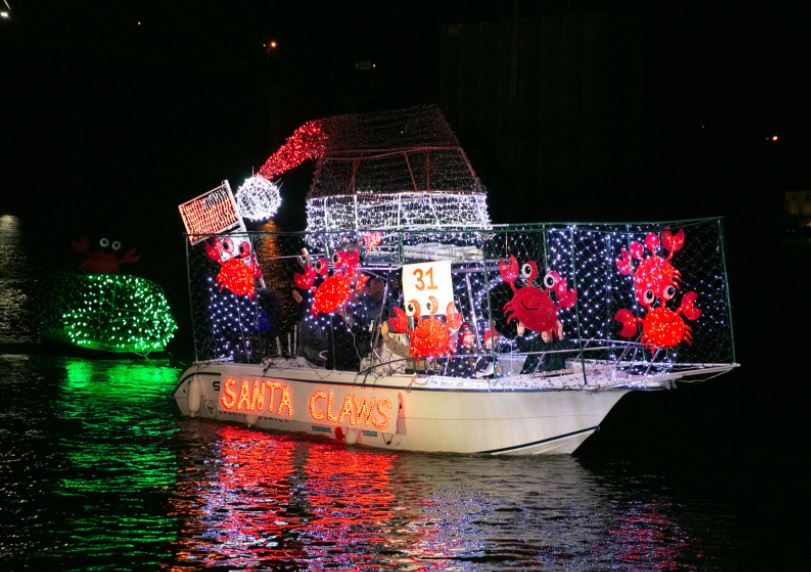 Watch the Savannah River sparkle with holiday cheer in a fantastic display of lights. Over 40 boats decorated in holiday cheer will parade Savannah’s Waterfront.

This 20-year tradition has been enjoyed by generations of locals and visitors alike. The Savannah Boat Parade of Lights is partnering with Greenbriar Children’s Center, an amazing organization which has been helping children in need in Savannah since 1949! We will be donating proceeds raised by the parade to the Center, and this year the Greenbriar children will be designing our parade t-shirts!

Enjoy the Crafty, Fun, Creative, Whimsically decorated vessels that these Captains and their Crews work so diligently on! Cheer them on as they volunteer their time and efforts to ring in the Holiday Season!