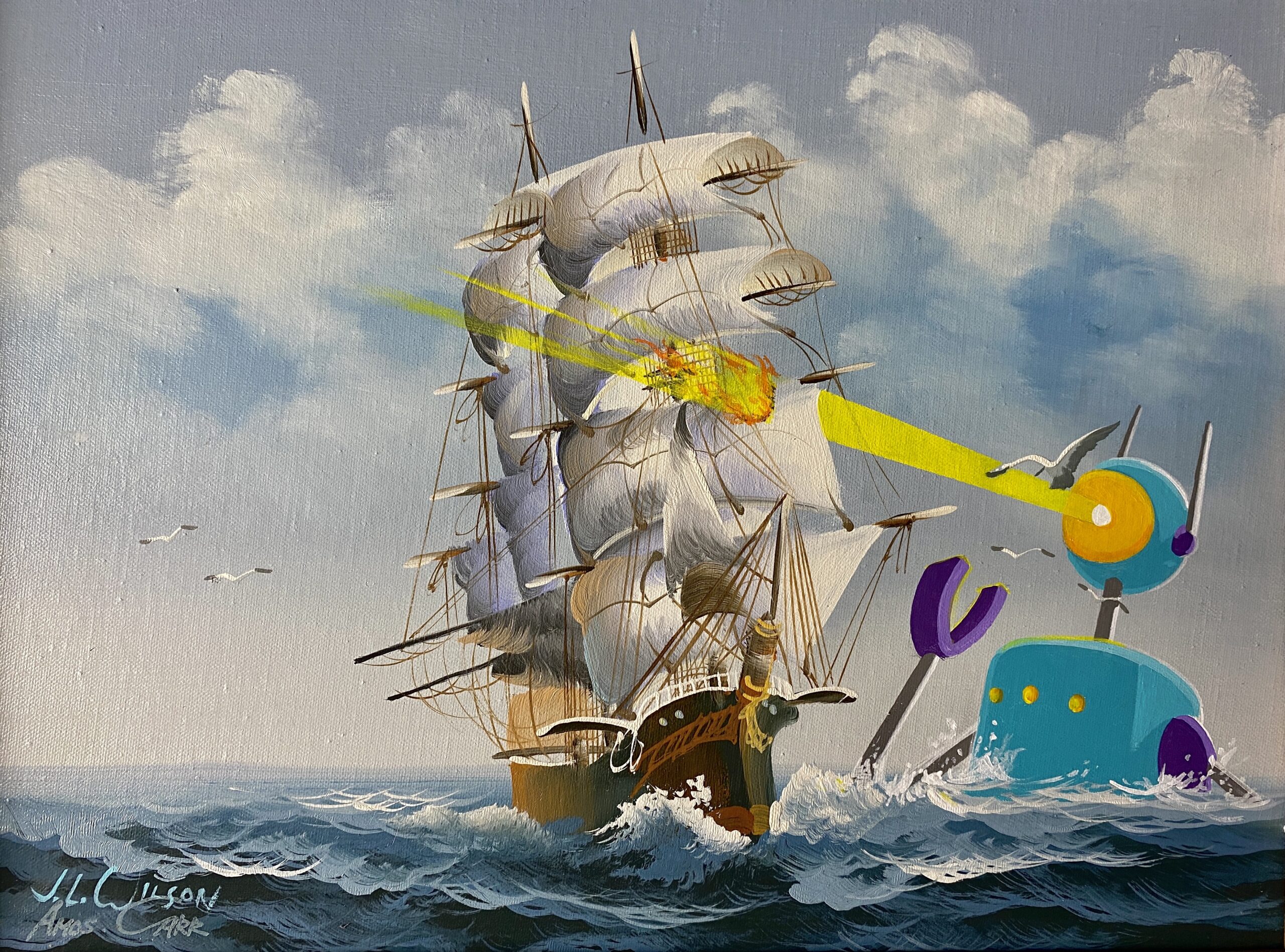 Plant Riverside District’s Grand Bohemian Gallery will feature paintings by Birmingham, Ala. artist John Lytle Wilson from July 1-31. An artist known for his brightly colored paintings and murals, Wilson depicts cartoon robots, monkeys and other creatures invading traditional landscape paintings. His work has been featured in New American Paintings, and his murals can be found on noteworthy buildings, including the Birmingham Museum of Art, the University of Alabama-Birmingham’s Specialty Care Clinic, Facebook’s Data Center in Huntsville, Ala. and more.

A firm believer in the power of images, Wilson uses robots and animals as stand-ins for traditional human subjects and as a method for exploring larger issues in his work, including consciousness, free will and mortality.

Born in Rock Hill, S.C., Wilson earned an M.F.A. from Florida State University and a B.F.A. from Birmingham-Southern College. Wilson has held teaching positions at Florida State University, Wallace State Community College, University of Alabama-Birmingham and Birmingham-Southern College. He served as the Artist-in-Residence at 621 Gallery in Tallahassee, Fla. and has been named to Oxford American’s “100 Under 100: The New Superstars of Southern Art.”

On Friday, July 1, guests can enjoy an artist reception with complimentary wine. This exhibit is free and open to the public.