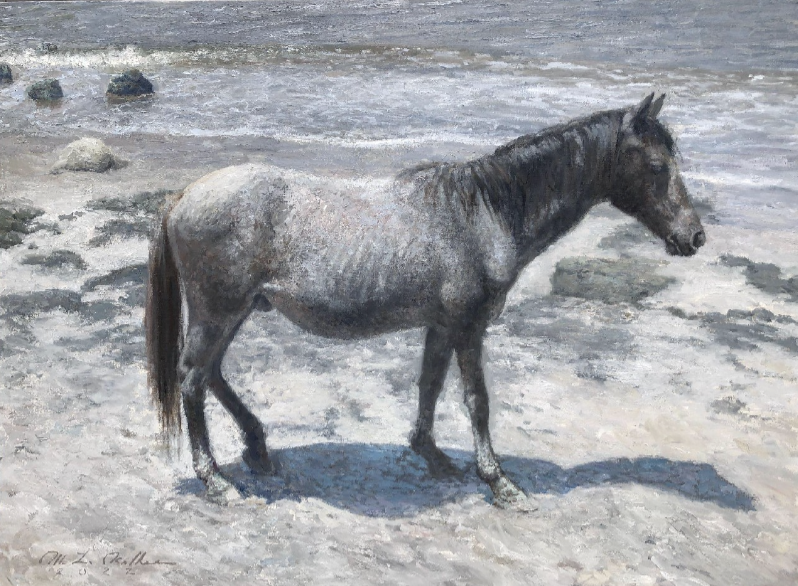 On Friday, November 25, guests can enjoy a special artist reception from 5 to 8 p.m. The exhibit and reception are free and open to the public.

In his latest exhibit, Kolbe takes guests on a journey to Cumberland Island, Ga., where feral horses roam the state’s largest and southernmost barrier island. Inspired by a 10-day sailing trip in 2006, “Wild Ponies of Cumberland Island” serves as a tribute to the wild horses Kolbe refers to as “Georgia’s oldest and most beloved inhabitants.” The artist hopes his oil paintings will spark a conversation about the conservation of these beautiful animals and commemorate the Cumberland Island National Seashore’s 50th anniversary.

Born and raised in Charlotte, N.C., Kolbe developed a love of art from his father and received a scholastic art scholarship to the prestigious Art Students League in New York City, where he studied for four years. A professional artist since he was 15, Kolbe has painted murals for the Kennedy Space Center Visitor Complex in Merritt Island, Fla. as well as Universal Studios in Orlando, Fla. and restored the famous Atlanta Cyclorama, which features a mural of the Battle of Atlanta. Kolbe has also earned acclaim for his sculptures, including the Epiphany Cross Diver statue at Saint Nicholas Greek Orthodox Cathedral in Tarpon Springs, Fla. and various sculptures completed for the 1996 Olympic Games in Atlanta as well as Walt Disney World Resort’s EPCOT. Kolbe is a featured artist at The Kessler Collection’s hotels and art galleries in Georgia, Alabama, Florida, North Carolina and South Carolina.